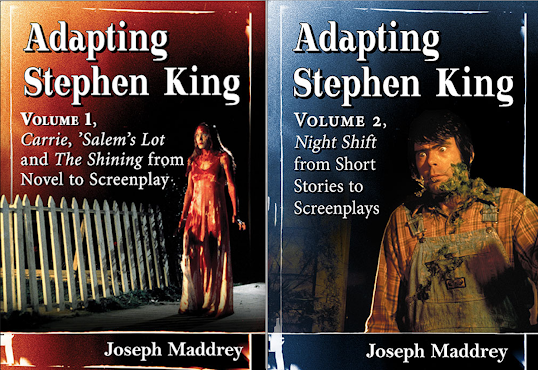 "Maddrey's book restores the crafts of writing and screenwriting to the story of the cinematic adaptations of the early novels of Stephen King. By focusing on the nitty gritty of pitches, treatments, reworked and revised screenplays, and the last-minute changes that occur when such projects enter principal production, Maddrey demonstrates the process that made such famed film adaptations as Brian De Palma's Carrie (1976) and Stanley Kubrick's The Shining (1980). Crucially, Maddrey restores King's voice to the narratives of these films by not only reviewing his role in the development of making these works, but also by exploring other versions, sequels, remakes, and the critical and cultural legacies of these books. With original interviews and extensive analyses of primary documents and material in archives, Adapting Stephen King is a dream for fans of King and the movies and TV shows that he made possible." - Kevin M. Flanagan, George Mason University

"Maddrey's approach is as resourceful as his information is thorough and insightful. Adapting Stephen King Volume 1 is mainly a novel-to-script-to-screen study, but it also includes oral history interludes and interviews with the screenwriters responsible for the most significant adaptations... Clearly, a lot of work went into this book." - Mike Segretto, Psychobabble

"This book arrived at the perfect time because I am working on a project that relates to adaptations and I was looking for deep dives into early projects and, lo and behold, there it was!" - Bev Vincent, author of The Stephen King Illustrated Companion, The Dark Tower Companion, and The Road to the Dark Tower

"I've read it cover to cover. It's extraordinary! [...] If only I had this back in the day." - John Esposito, screenwriter of Stephen King's Graveyard Shift

"Although much has been written about [adaptations of Carrie, 'Salem's Lot, and The Shining], this book does a nice job of summing it up, and shedding new, fresh light where few previous writers have bothered to go. It remains to be seen how the series will deal with minor and middling adaptations, but the approach exemplified in Volume 1 is most laudable and makes one anxious to see more." - Dejan Ognjanovic, Rue Morgue issue #203 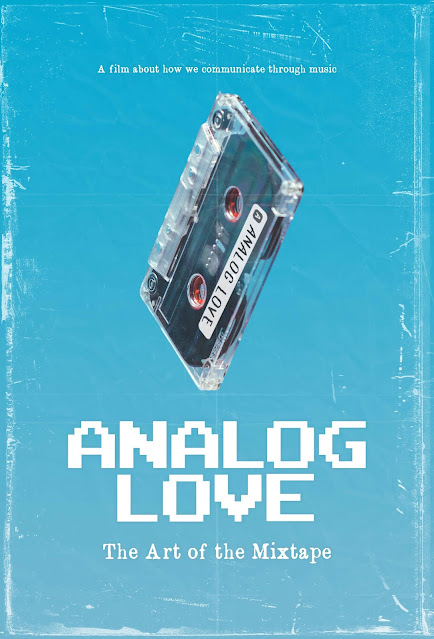 "Analog Love is a fun and emotional trip down memory lane with more to say than you might realize." - Tim Salmons, The Digital Bits

"Analog Love invites a panel of artists, art critics, pop-culture aficianados, and hardcore normies [the full spectrum] to weigh in on the artform of mixtapes and what was both singular abotu the era and what was lost when we moved on. Of course, you'll get advice like how imperative the first track can be in setting the mood, and how important it is to add in a track that challenges the listener in such a way that it truly tests their dedication to the mixtape maker. At the end of the day, Analog Love insists on how a mixtape should make for both the best day of a listener's life, and a cyclical experience that can be loved forever." - Brock Wilbur, The Pitch

"A humble but authentic piece of work with some heart [...] Analog Love is geeky in the best possible way. [It] presents what's superficially a... well, superficial subject and makes it feel very relevant, and even poignant." - George Pacheco, Outburn

"I didn't expect to love this documentary this much. Listening to people talk about something they love at a deeply personal level is always a treat, but listening to Henry Rollins talk about music and mixtapes is just intoxicating. So frigging good. And he s not alone. The music lovers interviewed here are all so cool to listen to, in their own unique ways. What a great cast. This movie is full of heart, full of love. It put a smile on my face the whole time. And I can't stress enough how well it was put together. The directing is never boring. The visual ideas are great. It's really well paced. I just loved it. And now I can't wait to spend my weekend, making new Spotify playlists." - Cedric Renol, Letterboxd.com

"I one zillion percent believe everyone should watch Analog Love. Those of you who enjoyed mixtapes will be caught up in nostalgia and those of you who aren’t aware of such an art form will be inspired. I guarantee it. I can feel the love that went into makes this film and it will continue to be a must watch for many years.  - Christie Gee, ChristieGee.com