MOVIES MADE ME #48: JACOB'S LADDER 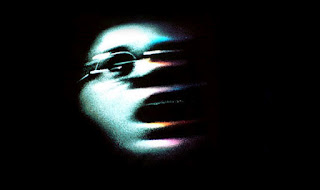 In an essay titled "Higher Ground: Moral Transgressions, Transcendent Fantasies," Stephen R. Bissette characterizes FLATLINERS, JACOB'S LADDER and GHOST (all Hollywood films, released by major studios in 1990) as "a triad that indicated a significant shift in the winds of the pop culture," harbingers of a new wave of fantasy horror that would stand in "marked contrast to the nihilism of the modern horror film."

Of course it's easier to talk in broad terms about "horror films of the 1980s" and "horror films of the 1990s," as if a stylistic change took place overnight (I'm completely guilty of this oversimplification, as I usually mark the dawn of 1990s psychological horror shortly after the release of SILENCE OF THE LAMBS), but there's no question that a subtler shift is illustrated by these three films.  One could suggest that the change started as early as A NIGHTMARE ON ELM STREET (1985), Wes Craven's monumental foray into "fantasy terror," and lasted until the postmodern slasher SCREAM (1996).  A number of films made in between these genre landmarks seem to revolve around the yuppie culture's fear of karmic comeuppance.  One could expand the scope further to suggest that the "new wave" coincided with a return of the transformative values in American pop culture during the late 1960s -- values that were largely repressed during the "greed is good" decade and the Reagan era.  Or, in a truly reductive manner, one could say that these films were reaching back even further, to the essential warnings of the old Bela Lugosi/Boris Karloff "mad doctor" morality tales of the 1930s and early 1940s (FRANKENSTEIN, THE DEVIL COMMANDS, etc).

Bissette dances around these ideas rather than delving deeply into an examination of the triad that prompted his astute observation, and I can't really blame him.  It's difficult for a critic to get too serious about Hollywood's misguided efforts to visualize a metaphysical philosophy that will please all mainstream moviegoers, regardless of their religious bent.

To put things in perspective: All three of the films in question are about characters coming to terms with death.  In FLATLINERS, a group of ambitious med school students carry out a series of experiments whereby each of them (except for Oliver Platt, who's a big sissy) gets to have a near-death experience, or NDE.  Their experiences are all deeply personal, related to past "sins" that they re-live in hyperreal flashbacks.  By repenting these sins, they are able to beat death -- or, at least, their fear of death.  GHOST is a more conventional ghost story, in which an earthbound spirit seeks justice (and a bit of righteous revenge) from beyond the grave.  Angels and demons, Heaven and Hell are vaguely depicted here in simple terms of light and dark.  Once justice has been served, the earthbound spirit can "go the light."  There's no real theology at work.  What matters is that, in both of these films, death is an occasion for karmic reckoning.  JACOB'S LADDER is more complicated, because it at aims at presenting a more specific (and more esoteric, at least for American moviegoers) philosophy.

As it happens, both GHOST and JACOB'S LADDER originated in the mind of the same man.  Bruce Joel Rubin got his start in Hollywood by writing the script for BRAINSTORM (1983).  Rubin says that his original story was "about exploration into the human mind rather than exploration mechanically into outer space," so it would seem to be a natural fit for filmmaker Douglas Trumbull, the  special effects visionary responsible for Dave's journey through inner-space at the end of 2001: A SPACE ODYSSEY.  In the end, however, Rubin was disappointed with Trumbull's BRAINSTORM, feeling that it emphasized spectacle over story.   In the following years, he moved his hopes to JACOB'S LADDER, a script that gradually became something of a Hollywood legend.  Everybody read it.  Everybody loved it.  Nobody wanted to make it.

Rubin says that the story originated with dream.  He describes it as follows: "A subway late at night; I am traveling through the bowels of New York City.  There are very few people on the train.  A terrible loneliness grips me.  The train pulls inot the station and I get off.  The platform is deserted.  I walk to the nearest exit, and discover the gate is locked.  A feeling of terrible despair begins to pulse through me as I hike to the other end of the platform.  To my horror, that exit is chained, too.  I am totally trapped and overwhelmed by a sense of doom.  I know with perfect certainty that I will never see daylight again.  My only hope is to jump onto the tracks and enter the tunnel, the darkness.  The only direction from there is down.  I know the next stop on my journey is hell.”